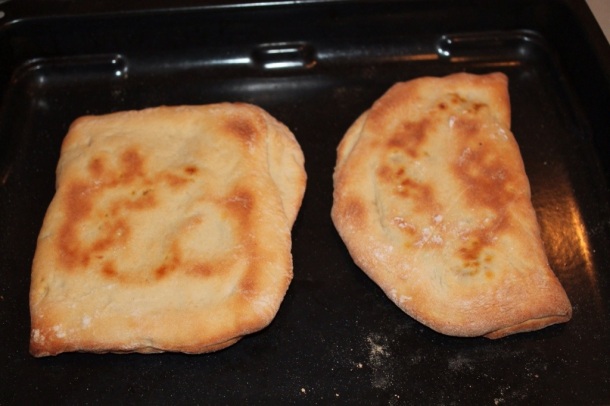 Hi everyone BBC2 here, looking back at the last post I have some work to do with regards my communication skills. When I said about cooking Burmese Style Chicken Curry for Christmas dinner what I meant to say is, that we can have anything we want as we are not catering for other people’s taste, diets, needs, likes or dislikes. Having said that, I know I still fall down by not at least talking to BBC1 about this, so with that in mind I am sorry BBC1, and the turkey is on order along with all the trimmings (which include Brussels sprouts) just a joke.

As BBC1 has said I also made some lamb keema naans to go with the curry, and using different spices made these, which I think added to the Burmese style chicken curry meal we had. I also made ‘new’ onion bhajis and I will write up the recipe for those next.

Put the onion and garlic in a blender and pulse until chopped very fine and set to one side. Heat the oil in a large frying pan/skillet on a medium heat and cook the minced lamb until it is browned, then remove from the pan using a slotted spoon placing on a clean plate, you may need to do this in batches. Put the finely chopped onion and garlic in to the frying pan and fry them until translucent, while they are frying put the tinned tomatoes into the blender and pulse until you have a smooth paste.

Now add the ground ginger, cumin powder, tikka masala paste and tomato puree to the onions and cook for a minute or so, stir in the cooked lamb and then the chopped tomatoes and let the mixture reduce until you have a thick paste, about 5 minutes, then take of the heat and allow to go cold.

Making the dough – put the warm (not hot) milk into a jug or mug and add the sugar and stir, then mix in the dried yeast, let it stand in a warm place and allow the yeast to activate. When the yeast has activated, mix both the strong and plain flour in a large bowl with the salt and add the yeast and the yogurt. Using your hand, in a claw like motion, mix the ingredients together adding the warm water a little at a time until the dough comes together. Knead the dough on a lightly floured surface for 10 minutes to stretch the gluten in the flour, place back in the bowl, which has been lightly oiled, cover with cling film (I use a shower cap – never leave them in that hotel room!) and leave to prove in a warm place for an hour or so until it has doubled in size.

Knockback the dough and knead it on a lightly floured surface for a minute or so to bring the dough together. Roll out into a thick log shape about 12 inches long and divide into 8 and roll each portion into a ball and leave to stand for 10 minutes or so to prove again (I just leave them at the back of the work surface). Now divide the cold lamb mixture into 8 portions in the pan, this will make it easier when it comes to baking them, it is also worth getting 2 clean tea towels ready for when the naans are cooked.

Assembly and cooking:
Preheat the oven to 220c fan, (you need a very hot oven.) Place a heavy based baking sheet in the oven to get hot, you will need to have the baking sheet very hot so the naans don’t stick. Using a rolling pin, roll out one of the dough balls as thin as you can get it. In one half of the rolled out dough spread out a portion of the lamb mixture. When you look at the half you are putting the lamb mixture on think about leaving a good ½ inch around the mixture so that you can seal the naan, now fold over the other half and seal by pressing down firmly around the edge, repeat this process until all the naans are filled – I know they are traditionally tear shaped, but I haven’t mastered that yet!

The size of your baking sheet will determine how many you can bake at one time, I do them in batches of 2. Simply place them on the hot baking sheet and place back in the oven, lay one tea towel out ready for the cooked naans, after about 5 minutes the naans will start to colour around the edges. This maybe a shorter/longer time depending on your oven, then just simply flip them over using a fish slice and bake for another 3 minutes. Take the baking sheet out of the oven lay the baked naans on the tea towel and place 2 unbaked ones on the baking sheet, while it still holds the heat, and pop back into the oven as soon as possible. Now cover the baked naans with the other tea towel, repeat until you have baked all the naans.

These lamb keema naans have such a sweetness and depth of flavour from the lamb and spices I think they will complement any curry, but they are good enough to eat as a snack with a dip or chutney. Please give them a try and do let us know what you think. We do look forward to all feedback and comments or just let us know what’s on your mind.

BBC1: Hmmm…I suppose that is an acceptable apology…except for the Brussels jibe…I hate them! You see, my mum made me promise years ago that I would have at least one with Christmas dinner! But who am I kidding? Any man who can cook as well as this deserves all forgiveness and any love you can spare! These are truly delicious and, I think, so much improved by the the sweetness of the lamb and the additional ‘wetness’ and ‘spiciness’ of the ingredients. In my book a total winner. These freeze well and can simply be reheated in the oven after defrosting. Just ‘sprinkle a little water on them, before putting in the oven, so they don’t dry out.

Am also very pleased that for what will be our first Christmas alone in over twenty years, and hopefully our last in Cornwall, that we are going ‘traditional’…and the Great British Bake Off (Christmas special) gave us a great idea for those ‘leftovers’, hopefully it will work. But will let you know either way! 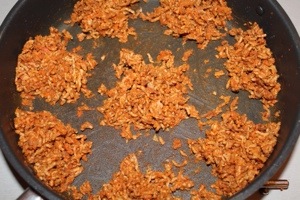 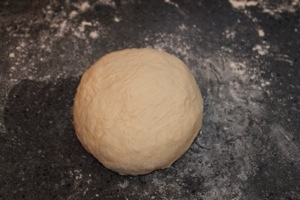 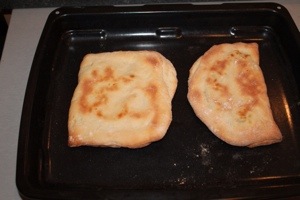 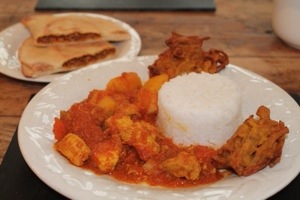 Divorce after 50 with grace, dignity and a Chihuahua

Lincolnshire Neurological Alliance
F is for...

It is what it is

Cooking with a Wallflower
ASD Mummy with Recipes
The Healthy Epicurean

Life in rural France and fun, nutritious eating ideas since 2012

For the love of Food!

Traditional Recipes with a Modern Twist

The taste of the thing that goes into your mouth should lead to the swallowing of it. -- The Mollys

Because the best recipes are easy

A Teen's Twelve Month Quest to Find the Best Recipes